Transport anything from anywhere

Alfalfa, also called lucerne and called Medicago sativa in binomial nomenclature, is a perennial flowering plant in the legume family Fabaceae. It is cultivated as an important forage crop in many countries around the world. It is used for grazing, hay, and silage, as well as a green manure and cover crop. The name alfalfa is used in North America. The name lucerne is the more commonly used name in the United Kingdom, South Africa, Australia, and New Zealand. The plant superficially resembles clover (a cousin in the same family), especially while young, when trifoliate leaves comprising round leaflets predominate. Later in maturity, leaflets are elongated. It has clusters of small purple flowers followed by fruits spiraled in 2 to 3 turns containing 10–20 seeds. Alfalfa is native to warmer temperate climates. It has been cultivated as livestock fodder since at least the era of the ancient Greeks and Romans. Alfalfa sprouts are a common ingredient in dishes made in South Indian cuisine.

we are a supplier and exporter of the best quality ALFALFA seeds to global users.

for information are possible in the following image: 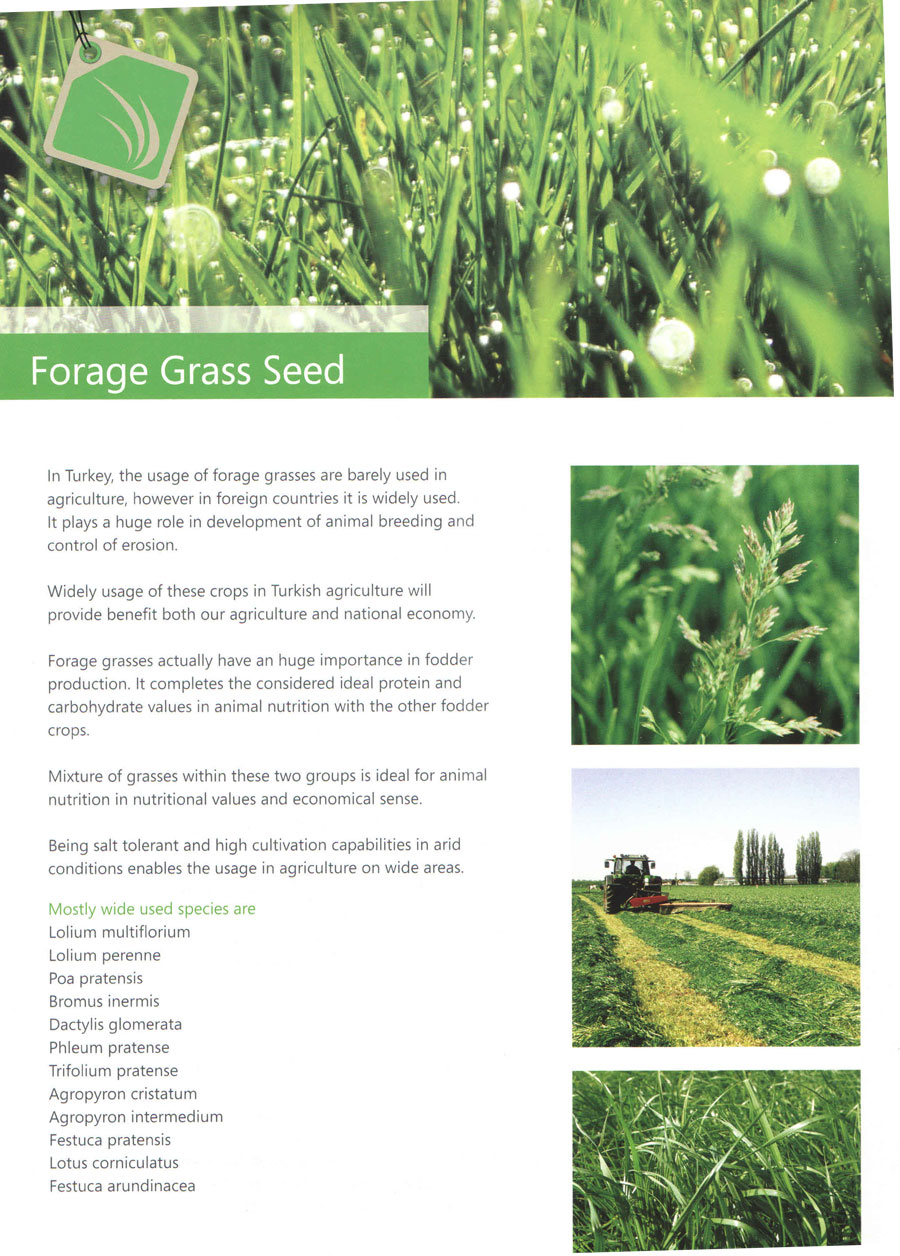 Alfalfa seems to have originated in south-central Asia and was first cultivated in ancient Iran. According to Pliny (died 79 AD), it was introduced to Greece in about 490 BC when the Persians invaded Greek territory. Alfalfa cultivation is discussed in the fourth-century AD book Opus Agriculturae by Palladius, stating: “One sow-down lasts ten years. The crop may be cut four or six times a year … A jugerum of it is abundantly sufficient for three horses all the year … It may be given to cattle, but new provender is at first to be administered very sparingly because it bloats up the cattle.” Pliny and Palladius called alfalfa in Latin medica, a name that referred to the Medes, a people who lived in ancient Iran. The ancient Greeks and Romans believed, probably correctly, that alfalfa came from the Medes’ land, in today’s Iran. (The ancient Greeks and Romans also used the name medica to mean a citron fruit, once again because it was believed to have come from the Medes’ land). This name is the root of the modern scientific name for the alfalfa genus, Medicago.

Alfalfa is considered an insectary, a place where insects are reared and has been proposed as helpful to other crops, such as cotton if the two are interplanted because the alfalfa harbors predatory and parasitic insects that would protect the other crop. Harvesting the alfalfa by mowing the entire crop area destroys the insect population, but this can be avoided by mowing in strips so that part of the growth remains.

When alfalfa is to be used as hay, it is usually cut and baled. Loose haystacks are still used in some areas, but bales are easier for use in transportation, storage, and feed. Ideally, the first cutting should be taken at the bud stage, and the subsequent cuttings just as the field is beginning to flower, or one-tenth bloom because carbohydrates are at their highest. When using farm equipment rather than hand-harvesting, a swather cuts the alfalfa and arranges it in windrows. In areas where the alfalfa does not immediately dry out on its own, a machine known as a mower-conditioner is used to cut the hay. The mower-conditioner has a set of rollers or flails that crimp and break the stems as they pass through the mower, making the alfalfa dry faster. After the alfalfa has dried, a tractor pulling a baler collects the hay into bales.